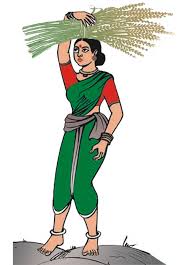 Bangalore: The JD (S) has decided to resort to a strike by the BS Yeddyurappa-led BJP to take action against Operation Kamala in Bangalore. Minister of State for Human Resource Development CS Putharaju and SR Mahesh have been given the responsibility.

The JDS camp is confident that the government will  succeed, despite a serious effort to demolish. If all the BJP’s eight MLAs have been prepared to provide efficient opposite rocket work if Operation Lotus is to be launched, CM HD Kumaraswamy has given the minister the responsibility to maintain a continuous connection with the legislators. Raichur, Bellary and Chitradurga have each one of the BJP MLAs in the CM’s confidence. Hassan, who is confident of winning the by-elections, has been linked with a legislator in each of Tumkur district.

All the circumstances and circumstances were on behalf of the party when the BJP Operation Lotus was held in 2009. But now the BJP is not in power. The speaker is not the party and the legal difficulties. If the BJP continues to succeed in trying to create an alternative government in the Congress party’s dissatisfaction within the party, it is difficult to succeed. However, if such an adventure is to be done, the BJP should have to retaliate with the same technique. The failure of the BJP is not difficult for the government.

CM Kumaraswamy is confident that he will get five MLAs from the BJP for that. Latest Comment Hmm Srinivas Nekkanti . CM HD Kumaraswamy, who arrived late from the Mysore tour, said Wednesday that he did not participate in any official gathering and participation in the strategy to disturb the BJP throughout the day. Some of these people have been summoned to the residence and contacted some of the BJP MLAs and have been assured of occasional cooperation. One BJP legislator each of Chitradurga and Bellary has promised to be ready to adhere to the CM’s notice. Besides connecting with the rest of the people, it has been suggested that the Cabinet colleagues like Puttaraju and Mahesh have been ready to tackle the political crisis when it was created.